I tried out the no heat method of curling my hair a couple of months ago. Based on this tutorial, I bought a plain black elastic headband from Sainsburys: 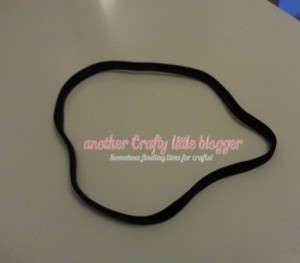 I then showered and washed my hair as normal and towel dried it.

I put the headband around my head, like a crown and proceeded by taking a one inch section of hair from the front of my face and twisted it tightly. I then wrapped the twisted hair around the headband until only an inch of hair was left free.

Then I moved to the next one inch section away from my face and twisted it tightly. I combined this piece of hair with the inch leftover from the first section and continued to wrap it around the headband. I did this all the way around both sides of my face: 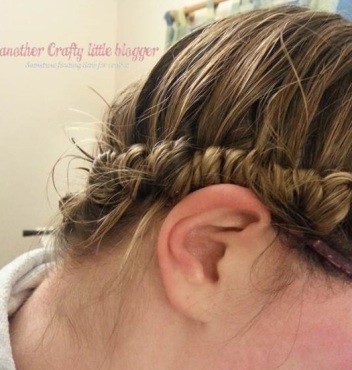 I slept on this which was reasonably comfortable though I did push the headband up my forehead to be in line with my hair line instead of across my forehead.

The next morning I pulled the head band upwards and shook it gently to loosen the hair from it. I ran my fingers through it to separate the curls. It was a little damp but not enough to warrant being dried off with a hair dryer so I just left it as it was and it dried by the time I got to work (about ten minutes) This is what it looked like before work: 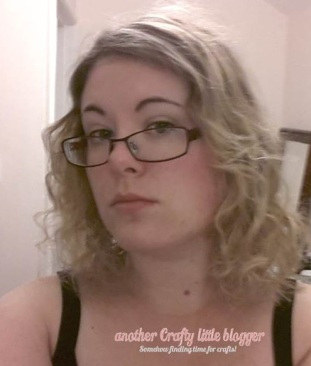 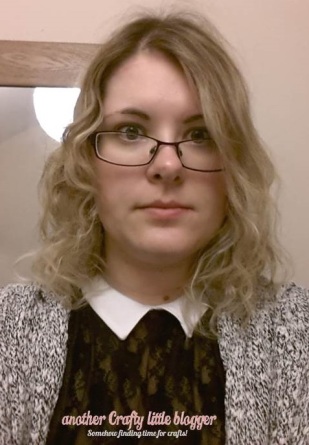 So it held up pretty well, not quite as mental as the morning but that’s probably for the best!

As someone who has literally no time for doing anything with my hair in the morning I really like this method of curling. There is no way I’d give up 40 minutes in bed to get up and curl my hair with curling tongs before work and I like that this method is kinder on my hair than using curling tongs or straighteners.